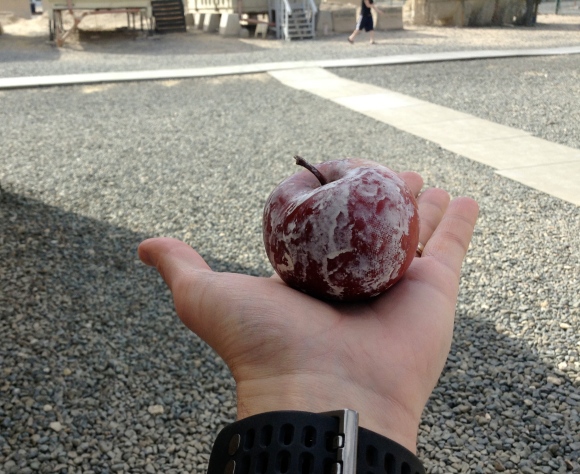 I’m sure this government apple is totally safe to eat.

Major Steve Howell (in civilian clothes, having the day off)

“Sergeant, there are some apples back there covered with–”

“Yeah, the Vet inspectors have checked it and say it’s safe.”

“What is that stuff?”

“You realize nobody’s going to touch that stuff right?”