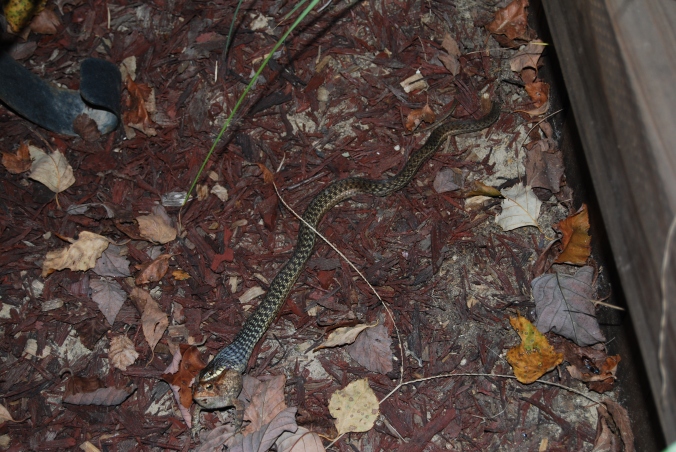 I was putting away some laundry last evening when the blood-curdling screams of the neighbor’s little girls reached my ears from the back yard where they played with my son. I ran outside dreading some horrible injury, but instead I found a group of boys and girls, just about all the kids in our neighborhood, standing in a circle watching a brown snake devouring a toad.
My eight-year-old asked if we shouldn’t rescue the poor toad, who was doing its best to puff up to an undigestible size. I asked him whether someone should have rescued the poor chicken we were planning to eat for dinner. He thought for a moment and replied, “I guess not, ’cause then we wouldn’t have anything but veggies.”
I think it was the first time he really understood that eating meat requires an animal to die, and chickens don’t come from the grocery store.